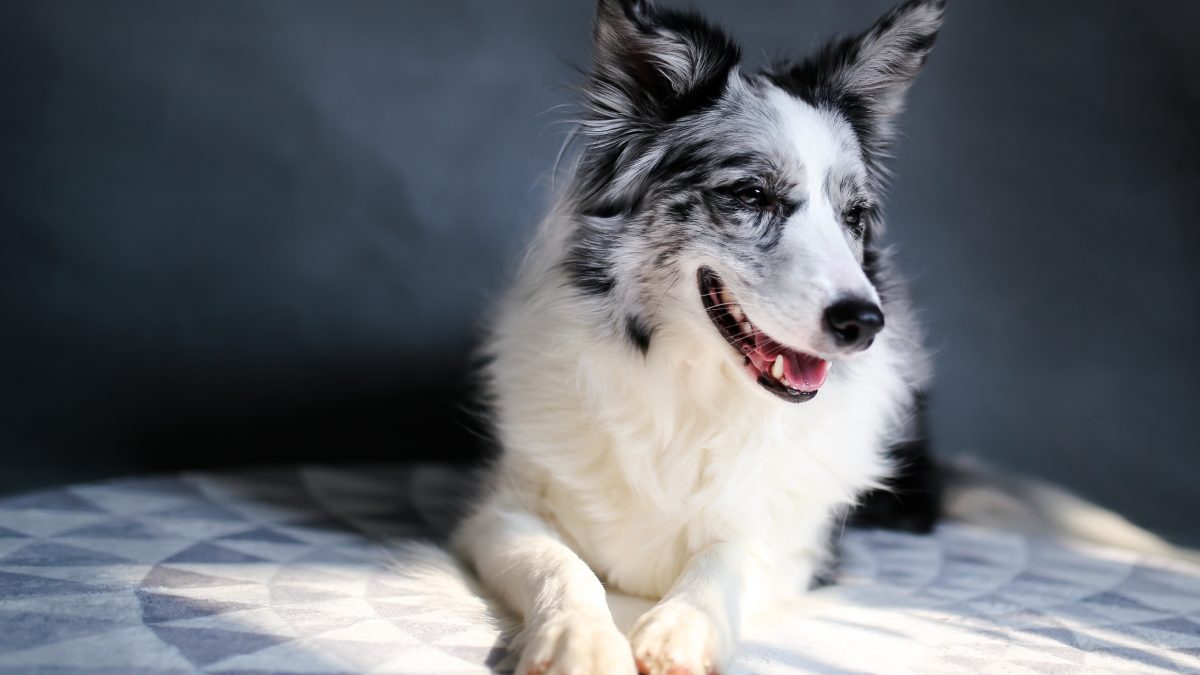 Although being a prominent external feature of adult animals, testicles start growth inside an animal’s abdomen (next to the kidneys) while they are developing in the womb. During development, and up to the age of roughly 8 weeks old (some animals can take up to six months for their testicles to drop), the testicles descend from this position out into the scrotum.

There are significant health risks associated with the presence of a cryptorchid testicle. When the testicles are residing inside the abdomen or inguinal canal, they are maintained at a higher temperature than if they were in the scrotum – this means that they do not grow as large, don’t produce as much sperm, and are highly prone to developing tumours or twisting around, leading to a very painful condition known as a torsion. Tumour growth tends to be the most common problem, with these tumours being much more likely to be malignant and thus spread around the body in cryptorchid testicles.

These tumours can be fatal – spread can occur to major organs such as the lungs, liver and kidneys and cause multiple organ failure. Castration of 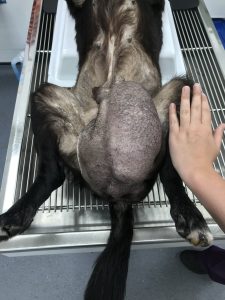 cryptorchid testicles when an animal is young is vital to prevent unnecessary suffering. We recommend castrating a cryptorchid dog or cat at six months old, unless they are a giant dog breed, in which case 9-10 months is more suitable to allow them to grow to their full size first. Although the operation tends to be more costly than a normal castration, especially if surgical exploration of the abdomen is needed to find an abdominal testicle, most pet insurance companies should cover for cryptorchidism as long as the policy was not taken out after the animal was diagnosed as cryptorchid.

Please get your dog or cat castrated if they are diagnosed as cryptorchid, even if they are older when they do so. We saw such a dog recently – their inguinal cryptorchid testicle had developed a Sertoli cell tumour, and it had spread to his lungs. The size of the tumour on the testicle is shown in the picture on the right. We had to put him to sleep as an emergency when he suddenly was unable to breathe due to the extent of the spread of the tumour to the lungs. This condition was completely preventable.

So be vigilant as a dog or cat owner – if your animal doesn’t have both of their testicles present in their scrotum by six months, please discuss castration with us. We recommend castration at six months regardless – this helps to prevent unwanted aggression and mating. If they are cryptorchid, castration is vital.