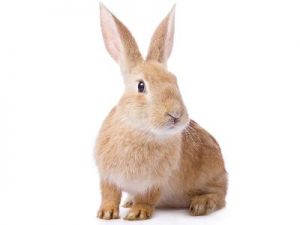 We have very recently seen few cases around our local area in which we suspect there was an involvement of the new fatal strain of Rabbit Hemorrhagic disease. We encourage all our clients to make sure that their pet rabbit is vaccinated against this nasty disease.

The clinical signs that were seen in all of the cases we have treated were very quick onset of lethargy, In most cases in less than a day, inappetence and death.

Here are some facts about the disease :

RHD2, also known as VHD2, is a relatively new strain of the rabbit haemorrhagic disease.

It is highly contagious and the 1.3million pet rabbits estimated to be in the UK are at risk
The virus often shows few to no symptoms and kills rabbits quickly and suddenly
Blue Cross recommends that all rabbit owners have their pets vaccinated against the new strain

What is RHD2 and why should I be worried?

There are two strains of rabbit haemorrhagic disease (RHD) – or viral haemorrhagic disease (VHD) – and both of them are highly contagious, have few to no symptoms and are fatal in most cases. The second, and most recent, strain of the disease, RHD2, is affecting more and more pet rabbits in the UK, and Blue Cross recommends vaccination against it urgently.
The new strain was first recognised several years ago but over the past year it has become increasingly prevalent. Some 1.3million pet rabbits are thought to be at risk in the UK and many are likely to have already died. Protection against the first strain of RHD, along with other diseases, is included in the standard vaccinations which every pet rabbit should have already had.

What are the symptoms of RHD2?

RHD2 presents even fewer symptoms than the initial strain of the virus. It can result in sudden death, although there are many other causes of this in rabbits. Consequently, the real incidence of RHD2 is unknown, especially as most cases are suspected rather than confirmed with tests. Little can be done to save other companion rabbits from suffering the same fate thereafter and the disease can spread even further without careful decontamination.
If there are symptoms present, although rare, they can include fever, lethargy, loss of appetite and spasms.

How is RHD2 spread?

The RHD2 virus is spread very easily between rabbits and on surfaces, human clothing and things like hay bales. If a rabbit owner is unaware that their pet has the virus, it will continue to spread rapidly. There is an incubation period of three to nine days, during which time the virus is already highly contagious. Research on the effect of the disease on wild rabbits and transmission between them is limited

What do I do in the event of a RHD2 outbreak?

Mildred the rabbit is vaccinated against RHD2 by Blue Cross
Anywhere or anyone that has an outbreak of RHD2 will need rapid decontamination and will not be able to house another rabbit until measures have been taken to ensure the virus has been completely eliminated.

Can RHD2 be cured?

Not currently. The only way to protect your rabbit is with a preventative vaccine. With confirmed cases in most parts of the UK, nowhere in the UK can be considered safe.

What does the vaccine involve?

The vaccine for RHD2 needs to be given at least two weeks after the vaccine for the first RHD strain. Booster vaccines are normally recommended annually but speak to your vet about this.
For more information please call the practice or send us an email